You are here: Home / Sleep / Sleep Statistics: The Struggle Is Real

How Much Sleep Do I Need? Sleep, as you should know, is important. The problem is most people do not realize just how important. It is common for people to think “I got 6-7 hours of sleep. I’m good”.

Think again. Most adults between 18-65 need 7.5 to 9 hours of sleep to fully function every day says the National Institutes of Health. That doesn’t mean when you go to bed and when you wake up is how much sleep you get either.

Studies have shown that, on average, we overestimate our sleep by an hour.

In fact, a continuous routine of getting only 6 hours of sleep or less is linked to all sorts of dangerous and health related problems such as:

And yes, you read right, divorces. It is reported that quality sleep is way more important than sex to keep a healthy relationship.

Couples who didn’t get enough rest were almost 2 times more likely to get in an argument. It is also estimated that the U.S. loses about $18 billion per year because of employee lack of production caused by sleep deprivation.

The Sleep in America poll found that 43% of adults say they rarely or never get a good night’s sleep during the weekdays. 63% say their sleep needs are not being met stating that they need 7.5 hours of sleep but are only getting about 6.5 hours.

And just for interesting measure, check out this funny, but sad statistic: a 1000 people were surveyed by the Better Sleep Council and 45% of the men believed that they could train their selves to need less sleep! And just to clarify, this has been proved a myth. According to Webmd about 1 in 4 U.S. workers have Insomnia (cant’ sleep when they are supposed to and are tired when they have to be awake).

It is estimated that 60-70 million Americans suffer from insomnia. This has been attributed to people’s busy schedules which make busy minds.

A very common complaint is “I just can’t wind down” or “my mind is still racing when I lay down”.

Usually, the main problem is we are not on a schedule. Staying out late on weekends and sleeping later is not going to help you at all.

You may find yourself staring at the ceiling on Sunday night then wanting to take a nap on Monday evening, which is the worst thing you could do.

Lots of these habits can also be fixed by preventing or doing certain things before you go to sleep such as not using technology.

Over 95% in the Sleep in America poll reported using some type of technology before going to bed such as tv’s, computers, phones, or video games.

Light and brain interaction from these devices keep you awake instead of relaxing your mind and body.

However, out of those 50 – 70 million that have sleep problems, 60% of those have chronic insomnia. If trying all the natural remedies do not work, you may need to see a doctor.

It may be something your family doctor can help you with (no we are not talking about sleeping pills) and if not, he/she can refer you to a sleep specialist who can. 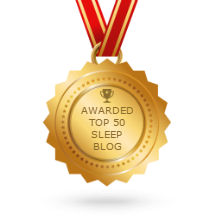